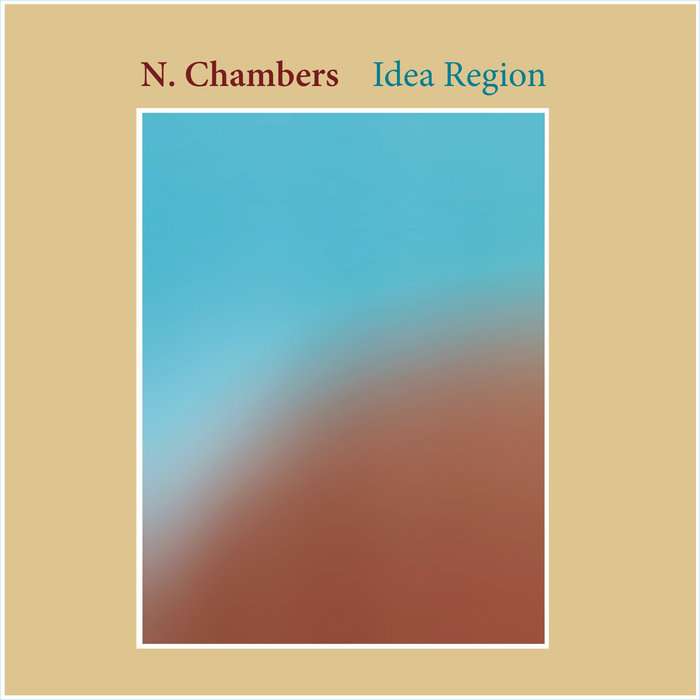 mountmaxwell One of the most thematically coherent and beautifully sustained albums he's ever released. Favorite track: Broadacre.

Crystalline drips in off-world caverns; organs, bells, and faraway horns sounding out into uninhabited space; barely heard pops and crackles from weakened transmissions: these are the sounds of Idea Region, an album pervaded by a sense of loss for a future which has yet to happen. N. Chambers (a.k.a. Panabrite) has crafted a profoundly intricate series of modular compositions which share some of the beautiful melancholy present in much of Chambers’ other work. Moments of abstraction in imaginary space are juxtaposed to more earthly, grounded sounds, creating a sonic trail of breadcrumbs that begs to be followed until the end.
Enjoy.

Concerning the re-release of Idea Region:
The 2nd edition of Norm Chambers' Idea Region is being re-released to support Norm in his fight against cancer. He has a rare form of sinus cancer and while he is receiving the best possible care from the leading oncologists, he could use our help with out of pocket and incidental expenses.
Taking inspiration from Love All Day records, who have decided to donate all the proceeds from Norm's latest LP Air Example to help the artist, we at Muzan have decided to re-release Idea Region as well. ALL of the proceeds from both digital and physical sales of the album will go directly to the artist.
Muzan will be selling 25 copies of the tape from our Bandcamp, and Norm will have 25 in the next few weeks.
We at Muzan love Norm and his work and are dead-set at making sure his treatment and recovery go as smoothly as possible and that he'll be able to continue making inspirational music for many many years to come.
Thank you for your support!

*Tapes will begin shipping on August 7, 2019. Thank you for your patience*


Other ways you can help support Norm:

You can donate directly to his Cancer Care fund.
fundly.com/help-norm-chambers-get-well

You can purchase his latest album Air Example (dang it's good!) on vinyl or digital from Chicago's Love All Day records.
loveallday.bandcamp.com/album/air-example

Alternatively, you can buy music directly from Norm's Bandcamp page. There are even copies of his Pavilion album on vinyl!!!!
panabrite.bandcamp.com/music