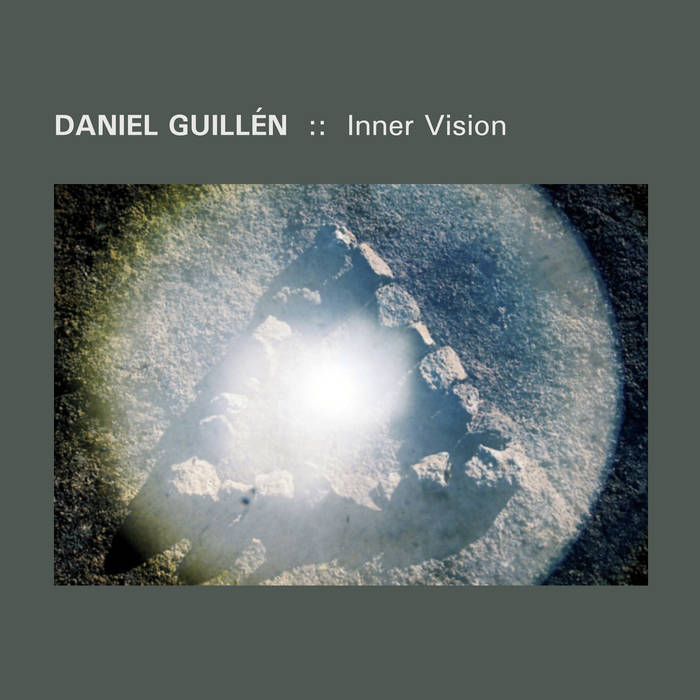 pulse emitter what a lovely album! my favorite from Daniel Guillén since Lunaria--All Is Dream. great variety of synth textures for a peaceful journey :-)) Favorite track: Rainbow.

Slowly undulating drones, harmonically rich pads, and carefully plucked strings come together to form one of Daniel Guillén's (Lunaria) most cosmically-minded works to date. Looking inward, we discover reflected in ourselves the vast expanse of stars, nebulae, and everything that lays silent in between. A journey into minimal spaces that opens on to the maxima of the universe...

PRESS:
Nine Chains to the Moon
ninechainz.blogspot.com/2019/08/daniel-guillen-inner-vision-muzan.html
"Back in April, we wrote about a cassette by Lunaria, the alter ego of Spanish ambient musician Daniel Guillén. That tape focused on somnambulist meanderings and luscious drones; it was the perfect soundtrack to inward exploration. Now Guillén has dropped a new offering under his given name, the lovely Inner Vision, for the Japan-based Muzan Editions label. This release expands on the overall Lunaria template, adding plucked string accompaniment and a melodic sensibility to the thick drone tapestries that one might be used to.

“Celestial Friend” is a storm cloud of thick organ chords and alien synth pads that commingle to become a dangerously powerful sonic brew. The music slowly builds into a frothy madness before petering out almost imperceptibly. There’s a new age sensibility prevalent on “Rainbow”, which features plucked strings that are granularized into tracer-laden echoes ad infinitum. These improvisational meanderings are laid atop a gelatinous fog of drone that is nearly opaque in nature. The two elements are fused together in a beautiful marriage of disparate elements. Synergy, it’s called.

Melodic and celestial. That’s “Shooting Star”. A pretty synth line laced with stardust to become a shimmering beam of light. Loveliness incarnate. And then the angels start singing and my heart stops and 8 minutes later I wake up to the nocturnal beckoning of “Inner Space” in all its synthetic glory. The doppelganger of that piece is “Angel in Nebula”, during which we escape from Earth’s orbit and travel ever outward past glorious clouds of brightly lit dust and gas.

“Afterlife” comes on with drone in full-throttle mode, closing out this cassette with just as much beauty as it was entered into, albeit softer and with an unusually active sense of mystique. Such a delicate orbit is meant to be explored, so I implore our readers to drift over to the Muzan Editions Bandcamp and experience Inner Vision for themselves."

Music by Daniel Guillén.
Recorded in winter of 2017.
Mastered by Sean Conrad.
lunariamusic.bandcamp.com